Happy Halloween, from the Hallo-sinkis 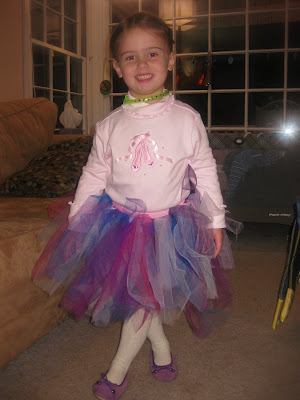 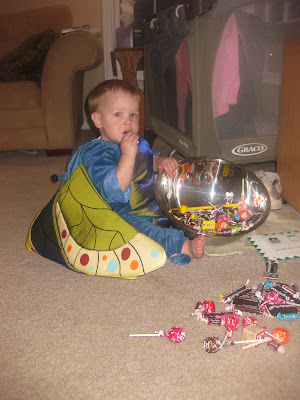 We passed out candy, went to 5 houses in the neighborhood, and dropped in on Jim's parents for a quick trick-or-treat. Dragonfly Henry's first second holiday was a success. Ballerina Willa enjoyed giving out and receiving. 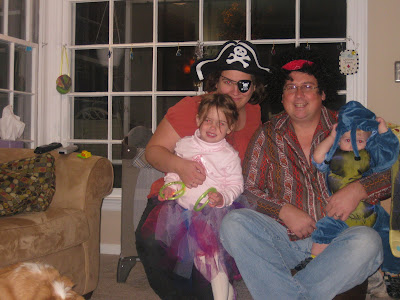 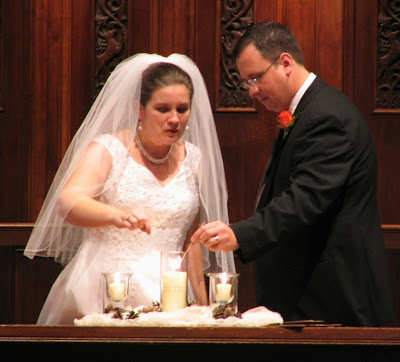 Finally, our little polygamist is ready to agree to one and only. And - just to record for posterity - his name will be Eric, apparently.
Posted by apt at 8:28 PM 1 comment: 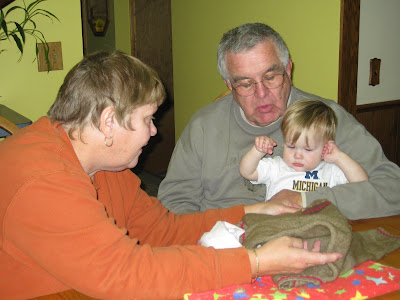 So, here's Henry with my parents last weekend.
And....
...here he is in front of Jim's parents' burning bush today: 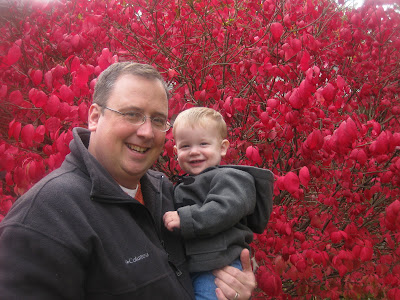 He loved the haircut, and was curious about the Henry in the mirror wearing the sheet. We were on the road and decided it was just time, and stopped in at a Great Clips. Quick, and done.
Posted by apt at 4:34 PM 2 comments:

While on the road this afternoon, Willa's backseat monologue was interrupted when she became distracted by construction vehicles next to us.
It went something like this:
"Then the tornado came and twirled Dorothy and her house around and arrrround... and aroun.....

-silence as we went past huge trucks in motion -

Willa's been watching a lot of PBS lately. It's teaching her about letters making words, dinosaurs, and impressing your mom to distract her from "goodnights."
Posted by apt at 7:48 PM No comments: 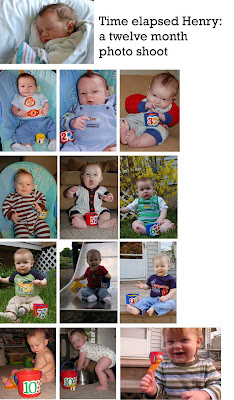 If you'd like to see these a bit bigger, just click on the image above.
Posted by apt at 1:47 PM 3 comments:

You rarely remember the exact moment that you meet someone new, let alone have a photo of it. 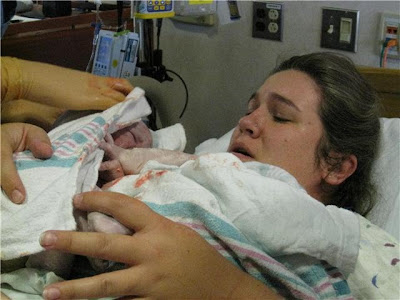 A year ago today, we met our son. Henry calls his sister "eye-la." He launches himself across the room, running the final strides into Jim's arms. He giggles while tickling me. 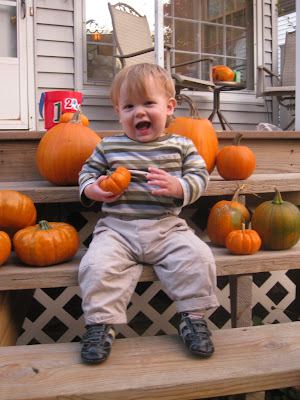 Please work closely with the Sinki family. I had no idea how my addiction would impact his future.

Edit: Twizzlers is a licorice-like candy. No actual licorice ingredients. We're saved!
Posted by apt at 1:49 PM No comments:

Willa and Henry have found the center of the universe to be whatever toy the other is holding. Disputes ensue.

Unable to find my trusty hacksaw, I avoided the King Solomon route, and instead put the truck away. "If you can't share, neither of you can play with this."

Henry toddled onto the next adventure.

She stomped upstairs, and he looked at me and said, "uh-oh."

And now I have to stop typing, because - after 3 minutes of alone time in her room -she came downstairs, walked over to me and said - very genuinely - "I'm sorry, mommy."
Posted by apt at 9:07 AM No comments: 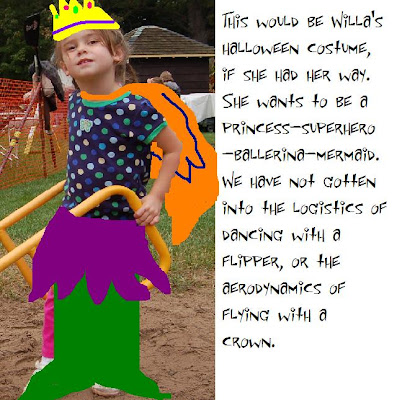 I have a clicky jaw. Ever since... forever, when I open my mouth too wide, the connection between the upper and lower jawbones on the right sides click. When I switched dentists last year he told me this was not okay. I'm wearing away important body parts at night when I grind my teeth.

Two days ago I went to the dentist to pick up a bite guard.

Which means that for the past two mornings, I've been waking up entirely too aware of my bite. Are the molars supposed to rest that way? How did I hold my tongue before? Is this right? How about that way?

I'm feeling a little out of sorts, and unnatural, and -hey, who replaced my jaw?!

Which is an apt metaphor for figuring out the bigger picture right now too.

We're having a great time at home. Willa's at her first 1/2 day of school today. Henry is napping. We're making boxes into projects and a walk to the store an adventure. Happy, happy, Amy.
Posted by apt at 9:29 AM 1 comment:

I need to make some notes to myself for coming years, folks. Here's the first dispatch from the garden.

Marigolds: we threw a bunch of seeds in the ground (literally) in between the rows of corn. They were thrown because I was trying to go fast before the garage bumble bees attacked me. The marigolds were a mix. As they came up, I transplanted them around the yard so they could get sun. There were some good, strong basic ones, some insanely (3 ft!) tall and raggedy orange. I don't like the tall ones, as they catch the eye and aren't so pretty.

Lobelia: I put these under/in front of the hostas, north of the front porch. I LOVE these and want to do them again. In deep blue.

Alyssum: I planted these 2 years ago. They reseeded (as they normally do). Disappointing this year.

Moss roses: stop buying these, Amy. You kill them. Dead. Don't think this year will be different. It won't.

Globe Amaranth: cute, but not necessary

Zinnias: Willa found a 3 year old seed packet in the deck box and I let her "plant" them while I was weeding the garden. They came up and are stunning. It was a mix packet, and we should do these again, but not at a front corner of the bed, as they're 2 feet tall.

Sunflowers: my friend Kerri gave me several feet of sunflowers. One seed escaped the mouth of the chipmunks and produced a plant with over 20 blooms. BEAUTIFUL.

Snapdragons: Four years ago, I had a hanging basket with sunflowers. The next year, a snapdragon appeared on the ground below where the basket hung. The next year, there were more plants around the house. This year there was a giant bunch of plants next to the lilac. I collected seeds to ensure we see them again. The white flowers with yellow centers are wonderful.
Posted by apt at 3:06 PM 1 comment: